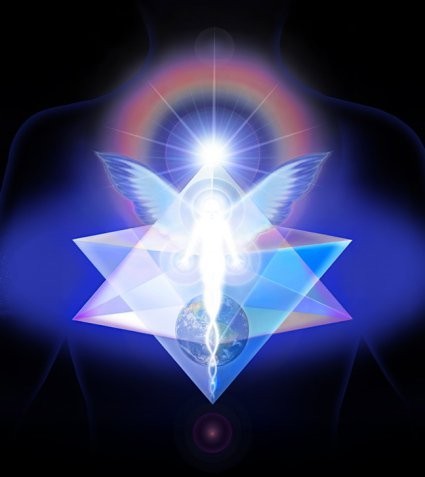 ﻿......, the perfection that comes from the practice of Yoga, can be best attained by the combined working of four great instruments. There is, first, the knowledge of the truths, principles, powers and processes that govern the realization— ´s ¯ astra. Next comes a patient and persistent action on the lines laid down by this knowledge, the force of our personal effort—uts ¯aha. There intervenes, third, uplifting our knowledge and effort into the domain of experience, the direct suggestion, example and influence of the Teacher—guru. Last comes the instrumentality of Time—k¯ ala; for in all things there is a cycle of their action and a period of the divine movement.

The supreme Shastra of the integral Yoga is the eternal Veda  secret in the heart of every thinking and living being. The lotus of the eternal knowledge and the eternal perfection is a bud closed and folded up within us. It opens swiftly or gradually, petal by petal, through successive realisations, once the mind of man begins to turn towards the Eternal, once his heart, no longer compressed and confined by attachment to finite appearances, becomes enamored, in whatever degree, of the Infinite. All life, all thought, all energizing of the faculties, all experiences passive or active, become thenceforward so many shocks which disintegrate the teguments of the soul and remove the obstacles to the inevitable efflorescence. He who chooses the Infinite has been chosen by the Infinite. He has received the divine touch without which there is no awakening, no opening of the spirit; but once it is received, attainment is sure, whether conquered swiftly in the course of one human life or pursued patiently through many stadia of the cycle of existence in the manifested universe. Nothing can be taught to the mind which is not already concealed as potential knowledge in the unfolding soul of the creature. So also all perfection of which the outer man is capable, is only a realizing of the eternal perfection of the Spirit within him. We know the Divine and become the Divine, because we are That already in our secret nature. All teaching is a revealing, all becoming is an unfolding. Self-attainment is the secret; self knowledge and an increasing consciousness are the means and the process.﻿﻿ ﻿

Divine, is needed as an aid in the work of Divine, is needed as an aid in the work of self-unfolding; andit may be either a word from the past or the more powerfulword of the living Guru. In some cases this representative wordis only taken as a sort of excuse for the inner power to awakenandmanifest; it is, as it were, a concession of the omnipotent andomniscient Divine to the generality of a law that governsNature.Thus it is said in the Upanishads of Krishna, son of Devaki, thathe received a word of the Rishi Ghora and had the knowledge.So Ramakrishna, having attained by his own internal effort thecentral illumination, accepted several teachers in the differentpaths of Yoga, but always showed in the manner and swiftness of his realization that this acceptance was a concession to thegeneral rule by which effective knowledge must be received asby a disciple from a Guru.But usually the representative influence occupies a muchlarger place in the life of the sadhaka. If the Yoga is guided bya received written Shastra,—some Word from the past whichembodies the experience of former Yogins,—itmay be practiced either by personal effort alone or with the aid of a Guru. Thespiritual knowledge is then gained through meditation on thetruths that are taught and it is made living and conscious by their realization in the personal experience; the Yoga proceedsby the results of prescribed methods taught in a Scripture ora tradition and reinforced and illumined by the instructions ofthe Master. This is a narrower practice, but safe and effectivewithin its limits, because it follows a well-beaten track to a long familiar goal.

The development of the experience in its rapidity, its amplitude, the intensity and power of its results, depends primarily, in the beginning of the path and long after, on the aspiration and personal effort of the sadhaka. The process of Yoga is a turning of the human soul from the egoistic state of consciousness absorbed in the outward appearances and attractions of things to a higher state in which the Transcendent and Universal can pour itself into the individual mould and transform it. The first determining element of the siddhi is, therefore, the intensity of the turning, the force which directs the soul inward. The power of aspiration of the heart, the force of the will, the concentration of the mind, the perseverance and determination of the applied energy are the measure of that intensity. The ideal sadhaka should be able to say in the Biblical phrase, “My zeal for the Lord has eaten me up.” It is this zeal for the Lord,—uts ¯aha, the zeal of the whole nature for its divine results, vy¯ akulat¯a, the heart’s eagerness for the attainment of the Divine,—that devours the ego and breaks up the limitations of its petty and narrow mould for the full and wide reception of that which it seeks, that which, being universal, exceeds and, being transcendent, surpasses even the largest and highest individual self and nature. But this is only one side of the force that works for perfection. The process of the integral Yoga has three stages, not indeed sharply distinguished or separate, but in a certain measure successive. There must be, first, the effort towards at least an initial and enabling self-transcendence and contact with the Divine; next, the reception of that which transcends, that with which we have gained communion, into ourselves for the transformation of our whole conscious being; last, the utilisation of our transformed humanity as a divine centre in the world. So long as the contact with the Divine is not in some considerable degree established, so long as there is not some measure of sustained identity, s ¯ayujya, the element of personal effort must normally predominate. But in proportion as this contact establishes itself, the sadhaka must become conscious that a force other than his own, a force transcending his egoistic endeavor and capacity, is at work in him and to this Power he learns progressively to submit himself and delivers up to it the charge of his Yoga. In the end his own will and force become one with the higher Power; he merges them in the divine Will and its transcendent and universal Force. He finds it thenceforward presiding over the necessary transformation of his mental, vital and physical being with an impartial wisdom and provident effectivity of which the eager and interested ego is not capable. It is when this identification and this self-merging are complete that the divine centre in the world is ready. Purified, liberated, plastic, illumined, it can begin to serve as a means for the direct action of a supreme Power in the larger Yoga of humanity or super humanity, of the earth’s spiritual progression or its transformation.

Time is the remaining aid needed for the effectivity of the process. Time presents itself to human effort as an enemy or a friend, as a resistance, a medium or an instrument. But alwaysit is really the instrument of the soul.Time is a field of circumstances and forces meeting andworking out a resultant progression whose course it measures.﻿ To the ego it is a tyrant or a resistance, to the Divine an instrument.Therefore, while our effort is personal, Time appearsas a resistance, for it presents to us all the obstruction of theforces that conflict with our own. When the divine working andthe personal are combined in our consciousness, it appears as amedium and a condition. When the two become one, it appears as a servant and instrument. The ideal attitude of the sadhaka towards Time is to have an endless patience as if he had all eternity for his fulfillment and yet to develop the energy that shall realise now and with an ever-increasing mastery and pressure of rapidity till it reaches the miraculous instantaneousness of the supreme divine ﻿Transformation. ﻿﻿

Sri Aurobindo in (The Synthesis of Yoga)﻿﻿

This bodily appearance is not all;

The form deceives, the person is a mask;

His fragile ship conveys through the sea of years

An incognito of the Imperishable.

A spirit that is a flame of God abides,

A fiery portion of the Wonderful,

Artist of his own beauty and delight,

Immortal in our mortal poverty.

This sculptor of the forms of the Infinite,

Initiate of his own veiled mysteries,

Hides in a small dumb seed his cosmic thought.

In the mute strength of the occult Idea

Passenger from life to life, from scale to scale,

Changing his imaged self from form to form,

He regards the icon growing by his gaze

And in the worm foresees the coming god.

Function of the Psychic Being﻿

This seed-self sown in the Indeterminate

Forfeits its glory of divinity,

Concealing the omnipotence of its Force,

Concealing the omniscience of its Soul;

An agent of its own transcendent Will,

It merges knowledge in the inconscient deep;

It pays the ransom of the ignorant Night,

Redeeming by its substance Nature’s fall.

Growth of the Psychic Being﻿

A Person persistent through the lapse of worlds,

Although the same for ever in many shapes

By the outward mind unrecognisable,

Imprints through Time upon the earth’s worn page

A growing figure of its secret self,

And learns by experience what the spirit knew,

Till it can see its truth alive and God.

More about Psychic Being﻿

A conscious soul in the Inconscient’s world,

Hidden behind our thoughts and hopes and dreams,

In his floating house upon the sea of Time

The regent sits at work and never rests:

He is a puppet of the dance of Time;

He is driven by the hours, the moment’s call

Compels him with the thronging of life’s need

And the babel of the voices of the world.